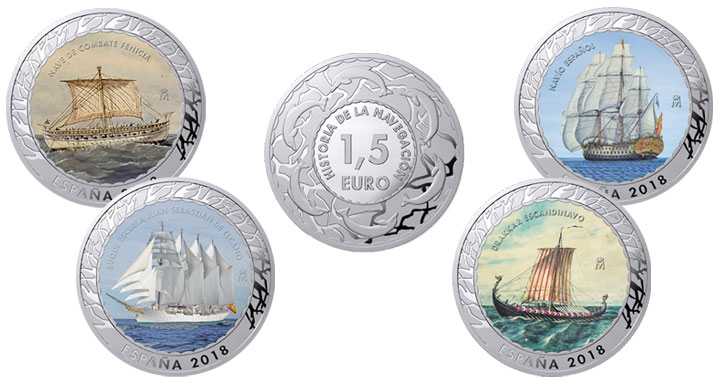 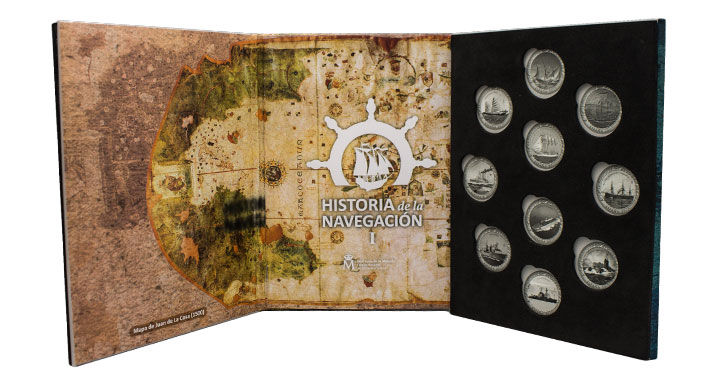 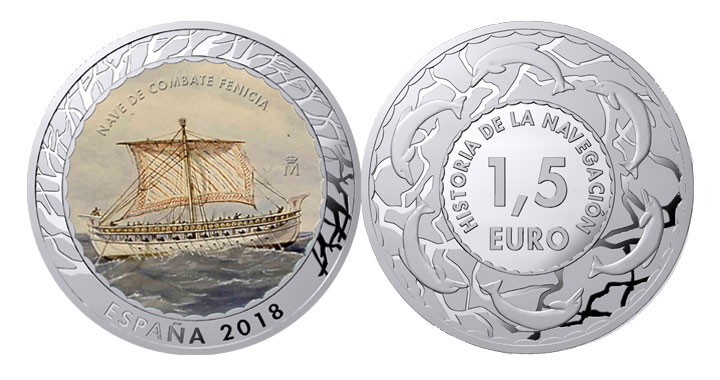 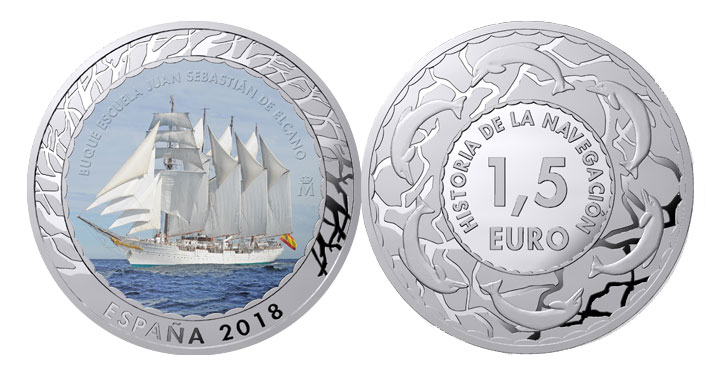 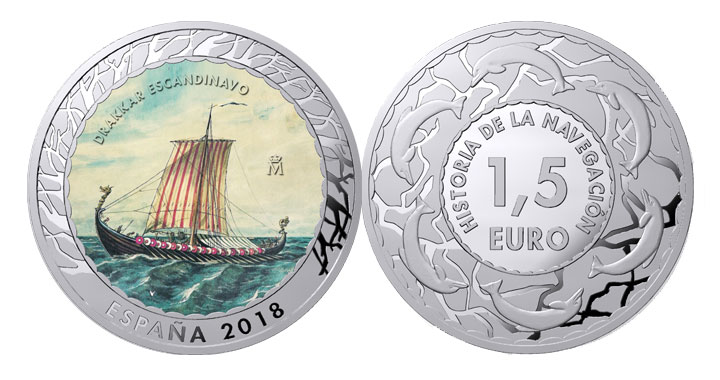 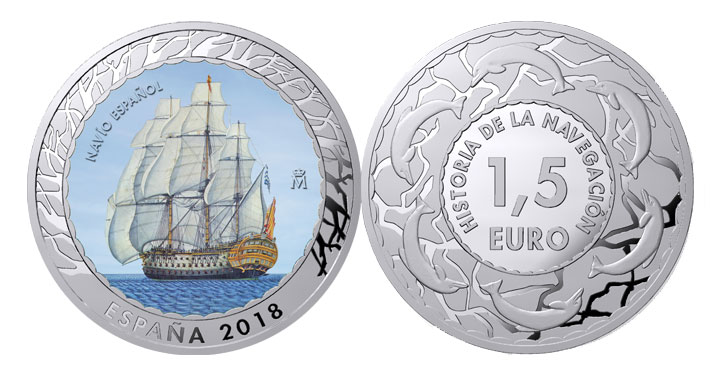 In 1992, on the occasion of the 5th Centenary of the Discovery of the Americas and the celebration of the Olympic Games in Barcelona, the Spanish Royal Mint began minting collectible gold and silver coins.

In 2018, 26 years later, the Fábrica Nacional de Moneda y Timbre-Real Casa de la Moneda has created a series of coins dedicated to the History of Navigation in order to promote and popularize numismatic. This collection showcases a selection of ships that for diverse reasons had a special significance throughout history.

The collection is comprised of a total of 20 coins that will be made available to the public in five series of four coins each.

Every coin is manufactured in cupronickel, with a face value of € 1.5, and they have the same reverse in common. The obverse side of each coin displays each of the ships selected in colour, which provides a great degree of realism to the images.

The reverse side they share in common displays the face value of the coin within a centre circle, together with the legend HISTORY OF NAVIGATION. Outside the circle, six dolphins are depicted jumping over the same aquatic motifs that are also displayed in the different obverse sides of the coins. They have the following characteristics in common:

Together with the coins, an album for collecting the coins is made available to the public, which also contains a pair of books with detailed information about each of the vessels, the manufacturing process of coins, as well as more information about the collections at the Naval Museum.

The first issue is comprised of the following coins (click on the links to display larger images of the obverse and reverse sides of each of the coins):

To find out more about this collection or for more details about each of the coins that comprise it, please visit the page dedicated to the History of Navigation.

The obverse of the coin displays the work titled “Phoenician and Assyrian warships at the service of Persia during the reign of Cambyses”, by Rafael Monleón y Torres, which can be found at the Naval Museum in Madrid.

This coin shows the image of the Juan Sebastián de Elcano Training Ship based on a photography owned by Spanish Navy.

The obverse of this coin features the work titled “Vessel of Scandinavian Vikings in the 10th Century, rebuilt by the Norwegian government on the occasion of the Fourth Centenary of the Discovery of the Americas”, by Rafael Monleón y Torres, which can be found at the Museum of Naval Art in Madrid.

The obverse of this coin displays the image of the work titled “Ship of the line”, which can be found at the Naval Museum in Madrid.