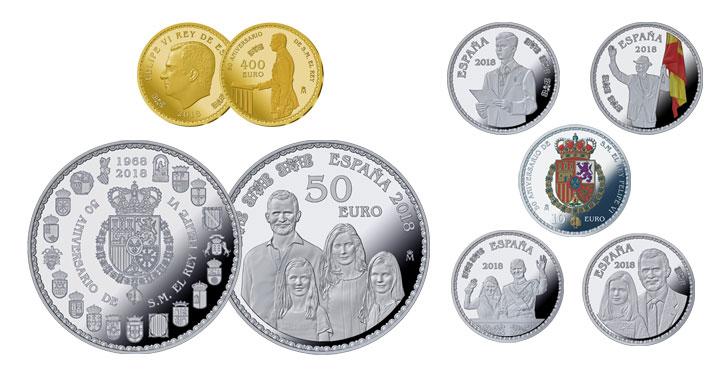 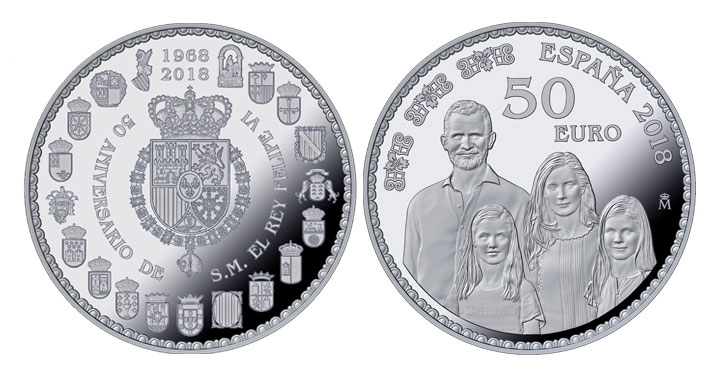 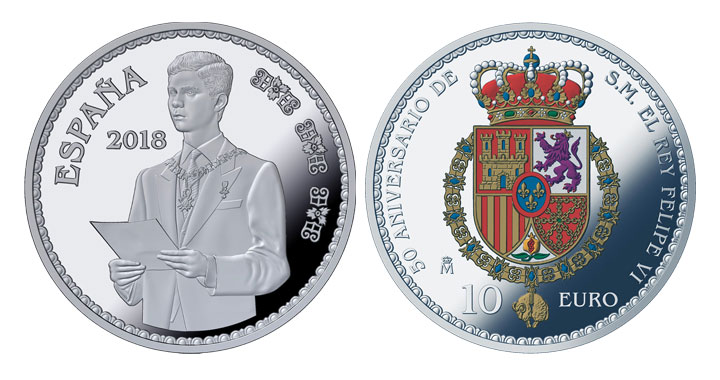 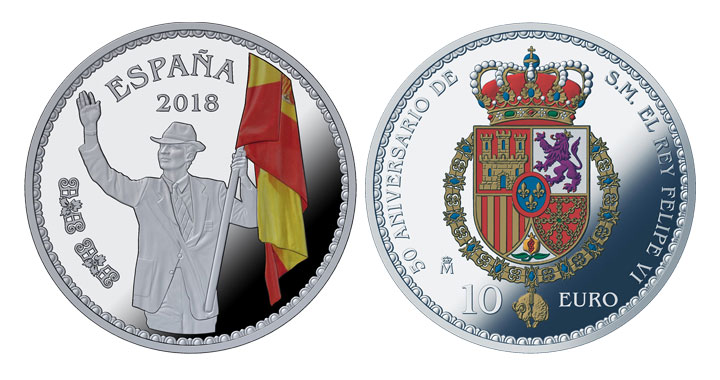 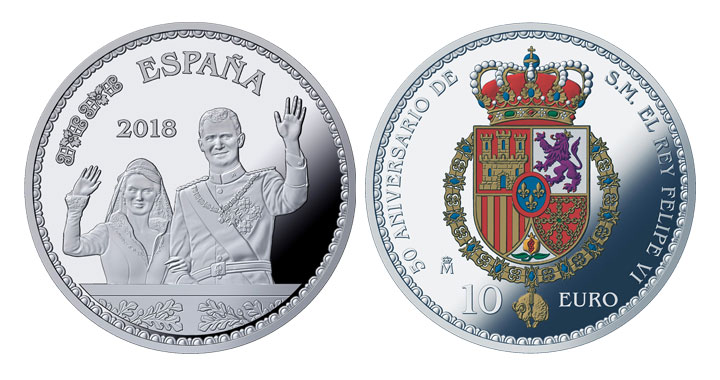 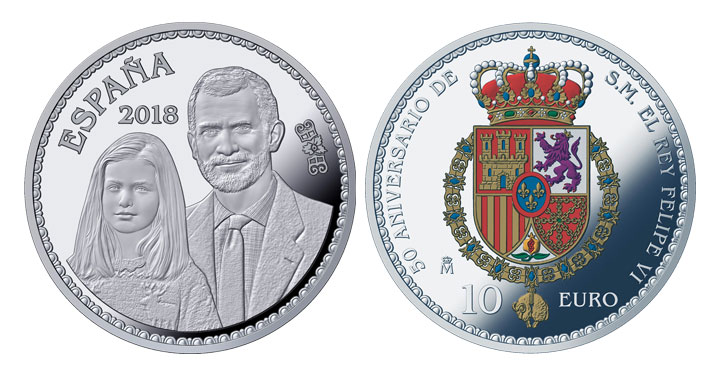 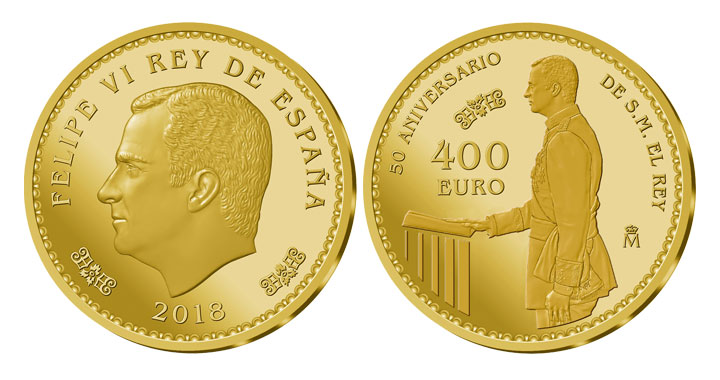 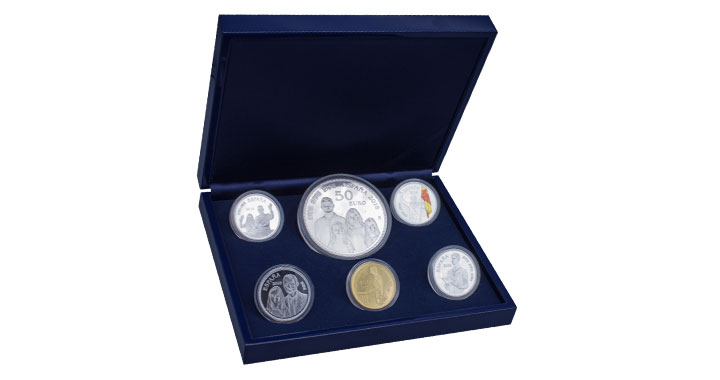 In 2018, to commemorate the fiftieth birthday of His Majesty King Felipe VI, FNMT-RCM is issuing a series of six coins (five silver and one gold), depicting various events in his life.

The collection is made up of one cincuentín and four coins with a metric of eight reales, all in silver, and a gold eight-escudo coin.

All the coins are presented in stylish jewellery cases and may be acquired individually or as a collection, with a choice of the five silver coins or the complete collection, which includes the gold coin. Click on the following links to see enlarged images of the obverse and reverse of each of these coins: 8 reales, cincuentín u 8 escudos.

Below is a description of each of the pieces:

The coin depicts the act of swearing allegiance to the Spanish Constitution at the Solemn Sitting for the Investiture and Proclamation of the Monarch, which took place before the Parliament on June 19 2014.

On the obverse, the head of His Majesty King Felipe VI. In the lower part of the coin, between two sets of links from the collar chain of the Distinguished Order of the Golden Fleece, the coin’s mintage year (2018).

On the reverse, an image of His Majesty the King during the act of swearing allegiance to the Constitution.

In the centre of the obverse, the Coat of Arms of His Majesty the King. Surrounding the entire central area, the shields of Spain’s autonomous communities and enclaves, arranged alphabetically in a clockwise direction. Closing the circle, the years 1968 and 2018 (the year of His Majesty’s birth and the year of his fiftieth birthday).

On the reverse, the Royal Family, together with three sets of links from the collar chain of the Distinguished Order of the Golden Fleece.

The collection includes four silver coins with a metric of eight reales and a common reverse. The obverse of the coins depicts the following events in the monarch’s life: the assumption of his institutional role; as standard-bearer for Spain at the Barcelona Olympics; greeting the public after his marriage; and with Her Royal Highness Leonor, Princess of Asturias.

The common reverse of the four coins shows the Coat of Arms of His Majesty King Felipe VI, in colour.

On the obverse of the first of the coins, an image of His Royal Highness the Prince of Asturias, Felipe de Borbón y Grecia, wearing the collar chain of the Royal and Distinguished Spanish Order of Carlos III, just hours after swearing allegiance to the Constitution before the Parliament on January 30 1986, thereby assuming his institutional role as successor to the Crown of Spain.

On the obverse of the second coin, an image of His Royal Highness the Prince of Asturias carrying the national flag as standard-bearer of the Spanish Olympic Team during the Parade of Nations at the Barcelona Olympic Games in 1992.

On the obverse of the third coin, an image of Their Royal Highnesses the Prince and Princess of Asturias, standing on the central balcony of the Royal Palace, Madrid, after their marriage on May 22 2004.

Lastly, the obverse of the fourth coin carries an image of His Majesty King Felipe VI and her Royal Highness the Princess of Asturias.

The characteristics of the pieces are as follows: