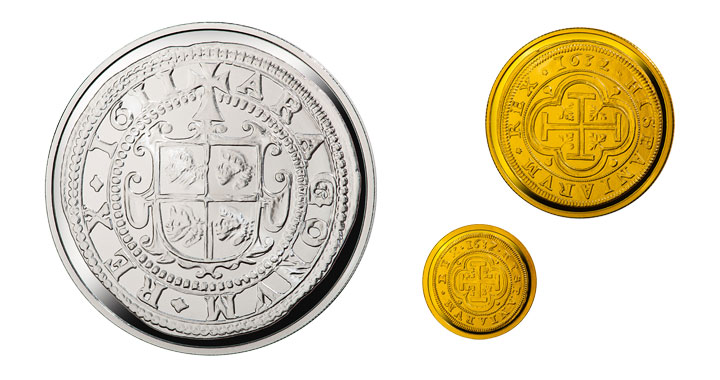 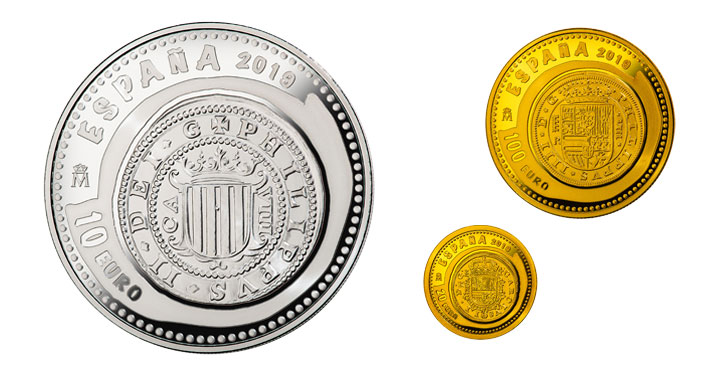 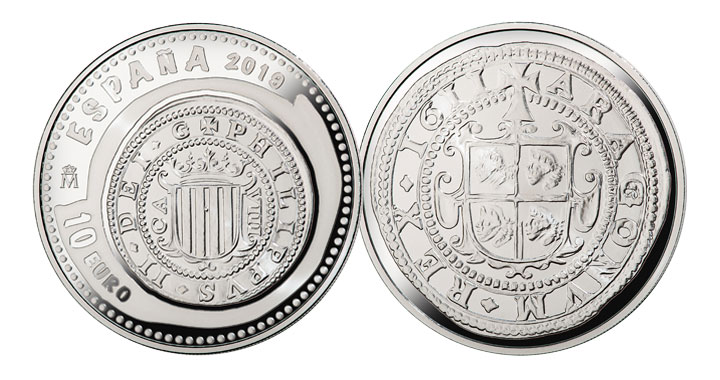 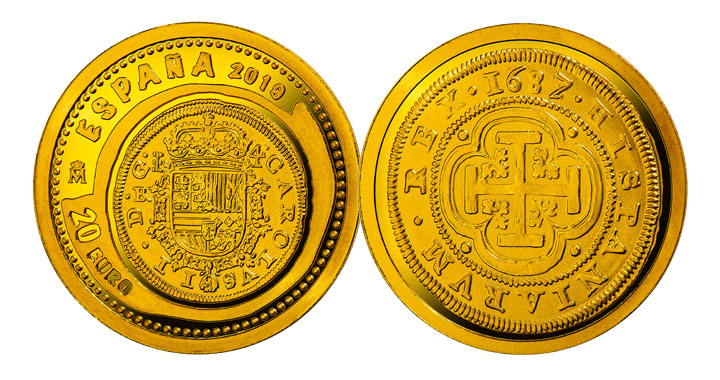 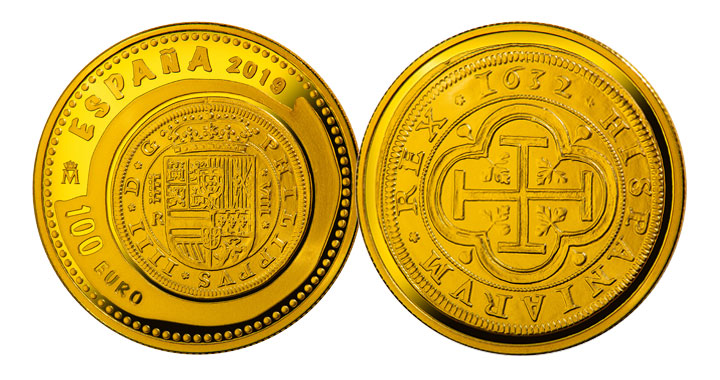 The 9th set of collector coins in the 'Numismatic Treasures' series has been released. The series consists of reproductions of outstanding pieces from Spain´s numismatic holdings since 2008 when was minted the first coin of this collection.

The issues of 'Numismatic Treasures' have aimed to rescue for public the most unique pieces of Hispanic numismatics. These nine issues have remembered the following numismatic periods:

On this occasion, the series is dedicated to pieces issued in the reigns of Philip III, Philip IV and Charles II. The series consists of two gold coins and one silver coin, all minted with proof quality.

Each coin is presented in jewellery cases and available in individually foramt or a complete three-coin set.

The characteristics of the pieces are as follows:

This coin represents a piece of eight coats of arms of Philip IV, minted in 1632.

This piece reproduces the front and back of a piece of eight reales by Philip III (Philip II of Aragon), minted in 1611.

This coin reproduces the obverse and reverse of a piece of four coats of arms of Charles II, minted in 1687.