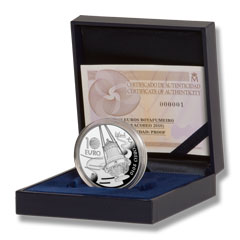 The second Compostela Jubilee Year of the 21st century will be held in 2010. Pilgrims from far and wide travel the routes to the shrine of the Apostle James to obtain the indulgence granted to the faithful by the Church.

The Holy Year of St. James 2010 is particularly important since the Apostle's feast day -July 25- will not fall on a Sunday for another 11 years, so there will not be a new Holy Year of St. James until 2021. In addition, it represents the end of a cycle that has been especially significant with regard to the large numbers of pilgrims who have completed the Route of St. James in recent years.

The Real Casa de la Moneda has minted a collector coin featuring legends and motifs that commemorate this occurrence.

Other issues dedicated to the Holy Year of St. James: (2004) 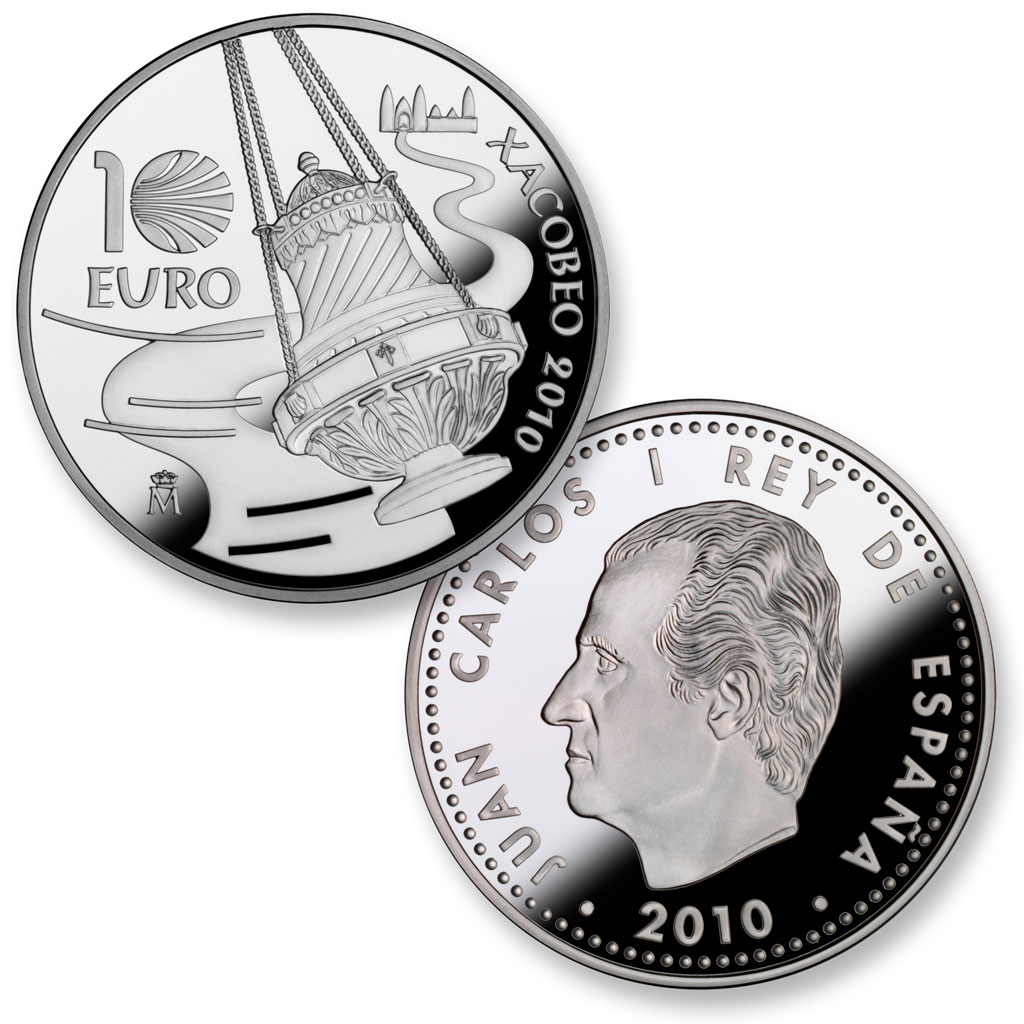 The reverse shows the «Botafumeiro» (the huge thurible used in the cathedral at Santiago de Compostela) and a schematized depiction of the cathedral and the Route.

The obverse portrays the effigy of His Majesty King Juan Carlos.