The date of June 19th 2014 marks a historic event: the Proclamation of H.M. Felipe VI as King of Spain.

In commemoration of this significant event, the Spanish Royal Mint put on sale to the general public a 30-euro coin in sterling silver presented in a stylish currency case. 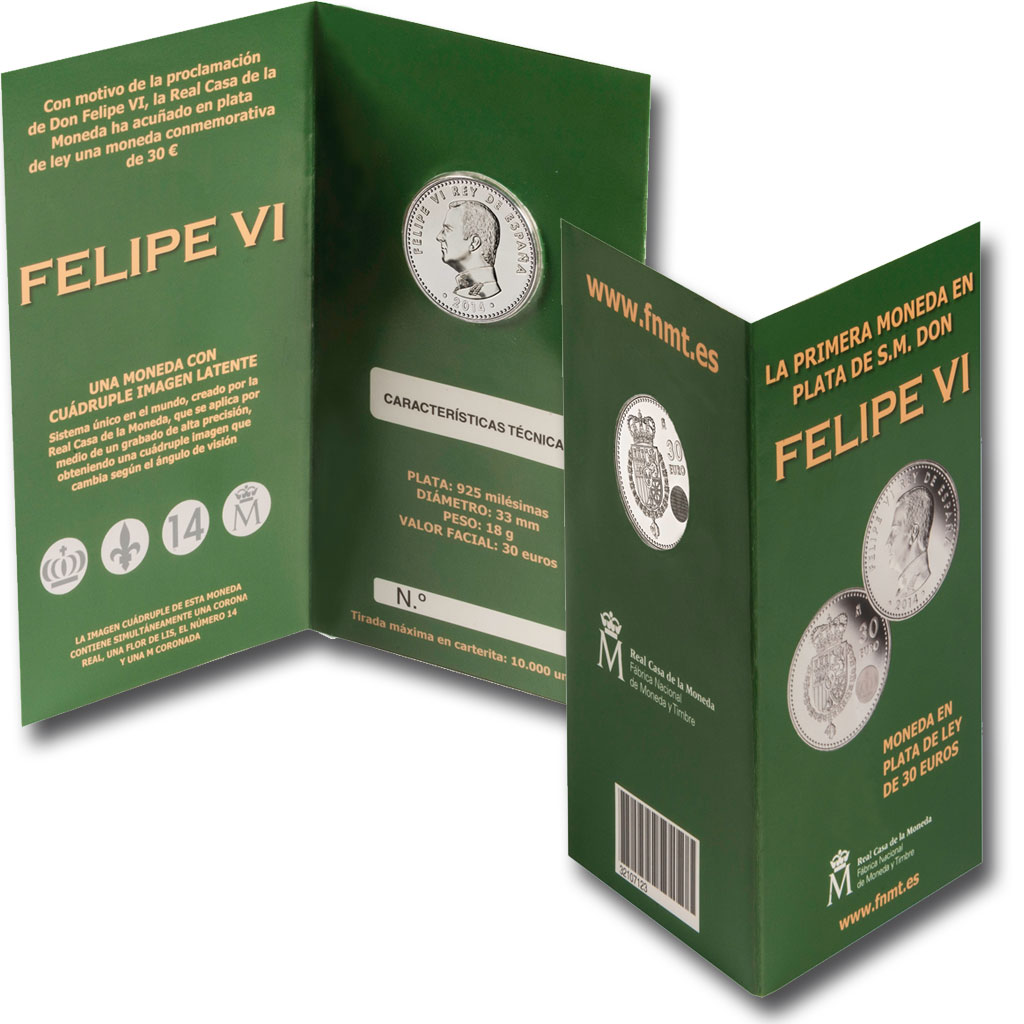 The obverse reproduces the likeness of His Majesty King Felipe VI, facing left. The top of the coin face bears the legend FELIPE VI REY DE ESPAÑA. At bottom, the mint date 2014.

The reverse reproduces the Coat of Arms of His Majesty the King. A circle at lower right contains a quadruple latent image, representing in succession a royal crown, a fleur-de-lys, the number 14, and a crowned letter "M".

The coin comes in a stylish currency case, numbered and limited to 10,000 units. 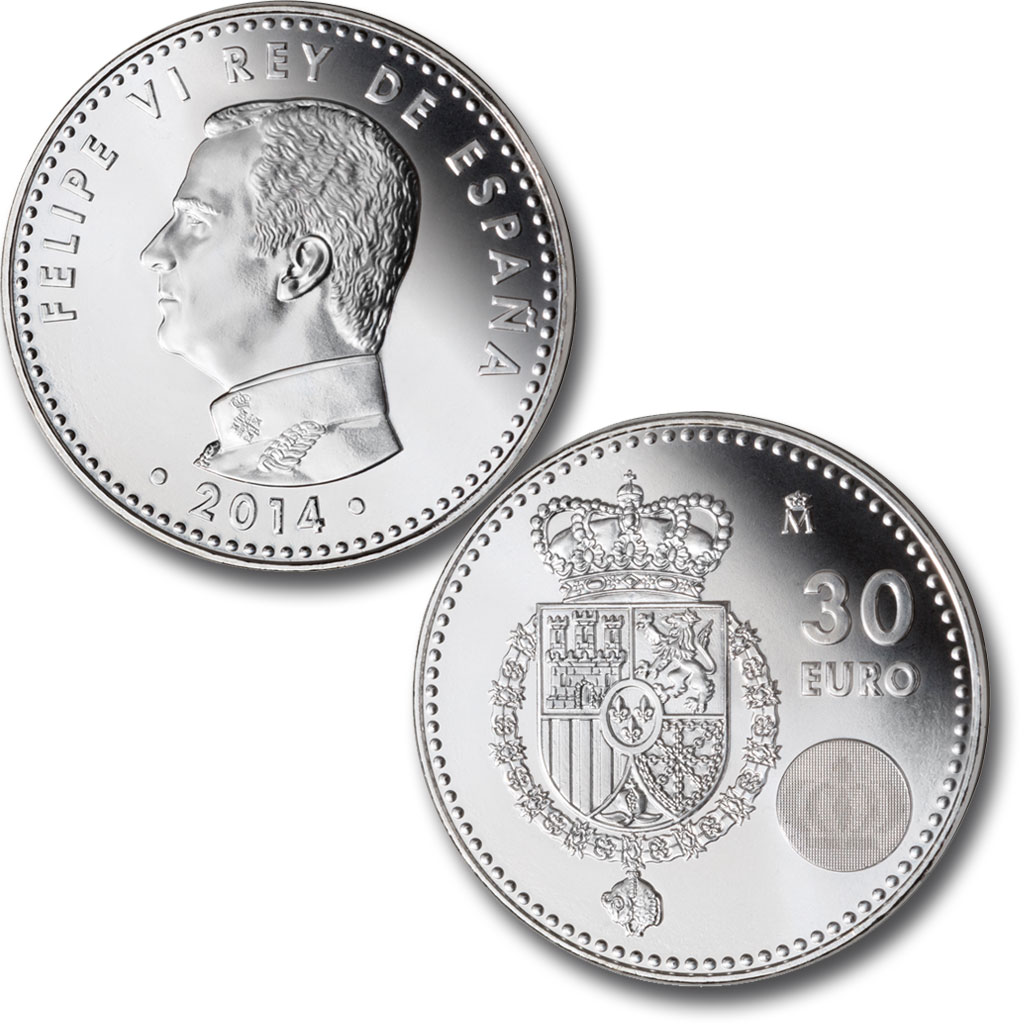 The four motifs present in the latent image become visible by varying the angle at which the coin is viewed.

For more details about prices and stocks of this product, go to our online store.