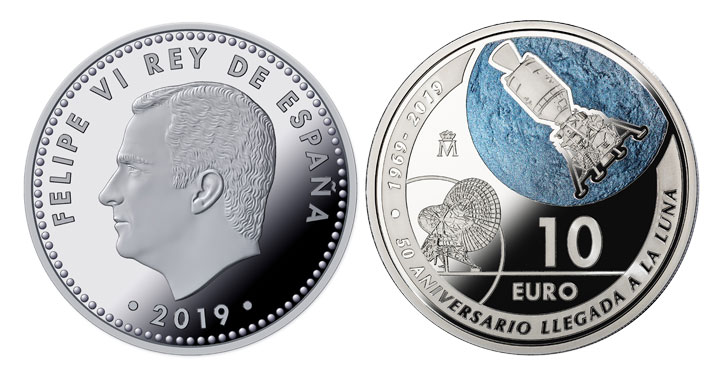 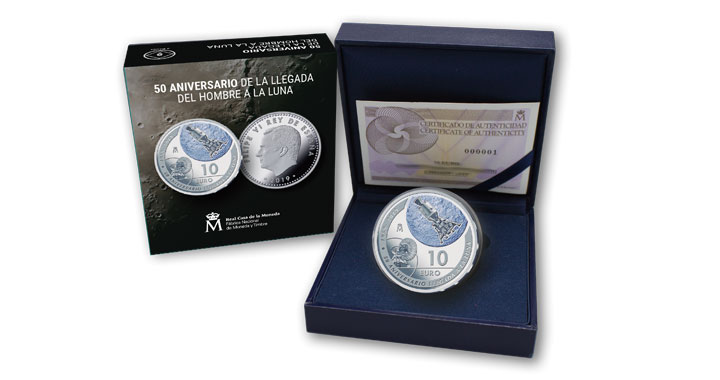 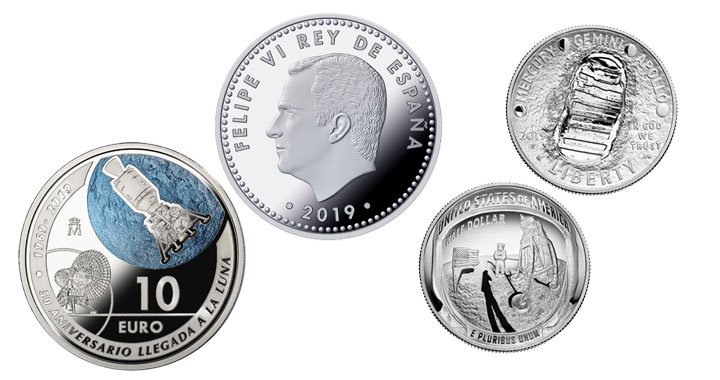 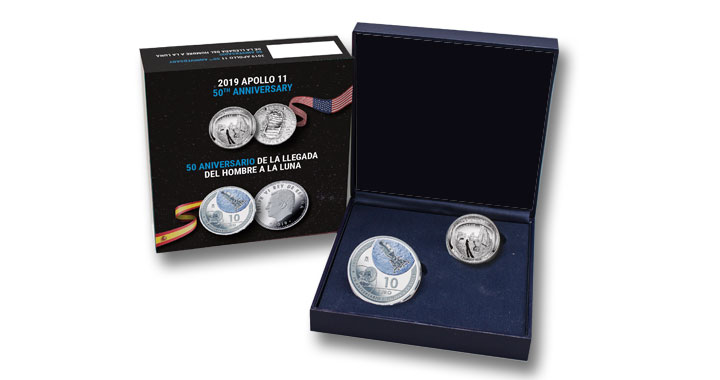 To commemorate man’s arrival on the moon and the part played by the Spanish installations, Fábrica Nacional de Moneda y Timbre, in conjunction with the US Mint, is retailing a set of 5,000 collections made up of one Spanish 8-real silver coin and one American half-dollar coin struck in cupronickel.

The Spanish commemorative coin may also be bought separately (from a total of 5,000 units) or as a collection including the two coins.

See enlarged image of the obverse and reverse of these coins: Spanish coin and American coin.

The coins’ characteristics are described below:

The obverse bears an image of His Majesty King Felipe VI.

The reverse shows a coloured image of the moon and on it, the Command Module Columbia joined to the Lunar Module Eagle, which sat on the satellite’s surface. To the left, one of the antennas provided by Spain as backing for this historic mission.

The obverse shows the footprint left by the boot of Neil Armstrong, Commander of the Apollo XI expedition, on the fine powder of the moon’s surface. It is surrounded by the legends MERCURY, GEMINI and APOLLO. Between these inscriptions, phases of the moon: an allusion to the technological and human effort deployed by the United States in those NASA space programmes, which culminated in the Eagle’s moon landing.

On the reverse, a close-up of the famous photograph Buzz Aldrin on the moon, taken on July 20th 1969, in which we see the long shadow of Aldrin and the figure of Armstrong, along with the Lunar Module Eagle and the US flag on the former’s helmet visor.