The Mint Directors' Conference was created in 1962 on the initiative of the following 10 European Mints: Austria, Belgium, Finland, France, Netherlands, Norway, Spain, Sweden, Switzerland and the United Kingdom. The objectives of the Conference were exclusively professional. The Conference was initially an association of colleagues and friends who attended the meetings as Directors of Mints, not as representatives of their Governments.

The Mint Directors' Conference currently meets every two years and comprises the national Mints of 44 countries worldwide, in addition to other guests and observers.

The Fábrica Nacional de Moneda y Timbre - Real Casa de la Moneda (Spanish Royal Mint) in addition to being a Founder Member, has participated in the projects of the Conference on a continuing basis from the beginning. Among the important tasks that it has carried out within the organisation emphasis should be placed on its management of the Statistical Data Collection Office since 1968 when these tasks were entrusted to the FNMT-RCM during the 5th MDC held in Stuttgart. Also worthy of mention are the nominations to the position of Secretary General and to host the Permanent Secretariat of the MDC, functions that the FNMT-RCM has filled since 1996 when the Secretariat was created during the 19th MDC held in Warsaw, Poland.

During the 23rd MDC edition held in March 2004 in San Francisco, USA, the FNMT-RCM voluntarily gave up management of the Statistical Data Collection Office and the positions of Secretary General and Permanent Secretariat, considering that other Member Mints should also be involved in these important tasks. However the FNMT-RCM continues to co-operate closely with the MDC and provide significant input.

The Conference on the Inside

Their objectives are, apart from the monetary issues, the discussion of legal, technical, economical and numismatic aspects related to currency and its circulation. Additionally, decisions are made on internal operations, by-laws or working groups.

The Mint Directors' Conference has a Council that is made up of a President, a Vice-President and a Secretary General.

Through the MDC working groups are set up composed of the members of the Conference for the purpose of making progress with different aspects relating to currency. There is currently a large group focusing on a technical study of the single European currency system, but there are also other groups whose efforts are directed towards more general aspects, such as quality.

If you would like further information on any of the members and the organization, or on the composition of the different working groups, you may link to the MDC website:

Permanent Secretariat of the MDC 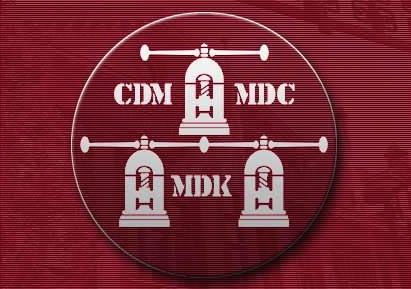